My good friend Walter and I have been riding together for over 25 years, during which time we’ve enjoyed some amazing roads on trips in the western United States. We’ve talked about riding abroad on an adventure, with Europe near the top of our list. In July 2016, we spent two weeks riding through some of the most amazing countryside, villages, town, and cities of seven European countries.

One of the unique aspects of this trip was that it was totally unplanned. We had no pre-set route, no agenda. Each day we would decide where we wanted to ride over breakfast and where we wanted to sleep over afternoon coffee. My wife had bought us tickets to a MotoGP race at Sachsenring, Germany — so we had just one day planned in advance.

It’s hard to do justice to the incredible places and people that we enjoyed every day. Our ride around Europe was epic enough that we decided it would be the beginning of an annual adventure on two wheels to increasingly distant places.

Our route was logged automatically and shared with friends and family as we rode. The half-day gap from Grenoble to Cordon was during heavy rain when the phone was stowed. 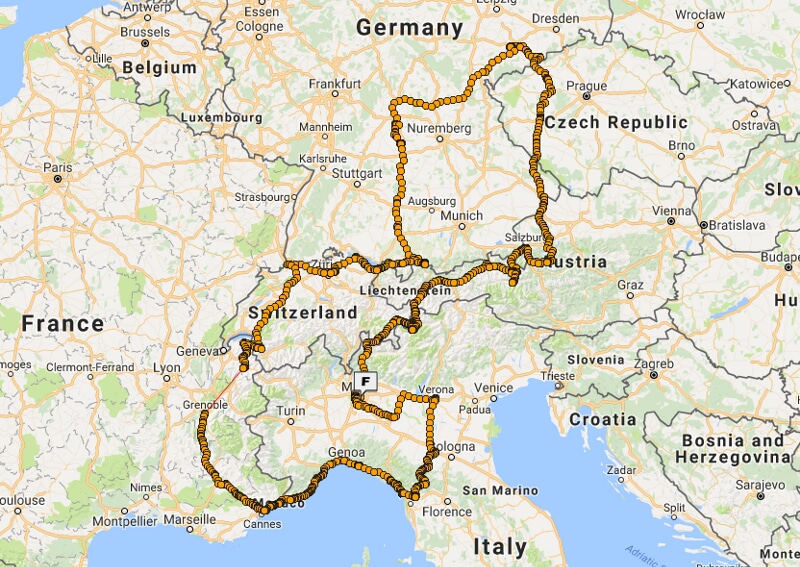 There’s no better way to share the journal of this trip than through the photos that we took along the way. Here’s how it unfolded each day: 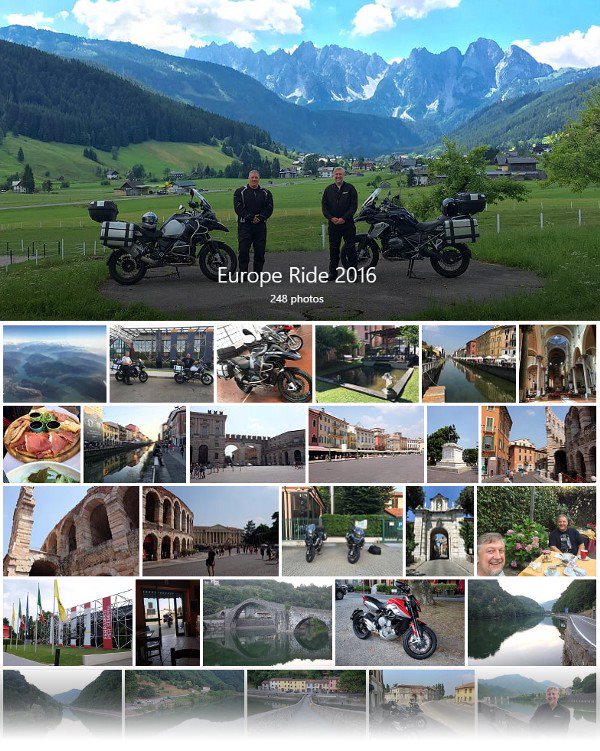 I’ll close this ride log with the same thought that closed my photo journal:

“Two friends, two weeks, two bikes, seven countries, and 4077 kilometers. Thanks to our families and friends for enabling us to do this, and thank you for following along. My hope is that this reminds my daughters to get out there and enjoy life, find adventure, and surround themselves with amazing friends along the way. Until we ride again, Walter.”