Five years separated my first and second rides on electric motorcycles. Back in 2014, I rode a prototype Harley-Davidson Livewire, and enjoyed the experience enough to put money down for the first production unit. I believe that electric bikes are an important part of motorcycling’s future, and I love my other EV.

In the years since, Zero Motorcycles has refined their line of electric bikes. As H-D announced the specs of the production Livewire, Zero countered with an all-new model that will define the company in the coming years: the Zero SR/F. I visited Northwest Moto, a sister company to Triumph of Seattle, to ride their demo SR/F. These are my impressions, the good, the bad, and the ugly.

Here are a few shots of the demo SR/F, highlighting the great build quality and design that I liked. 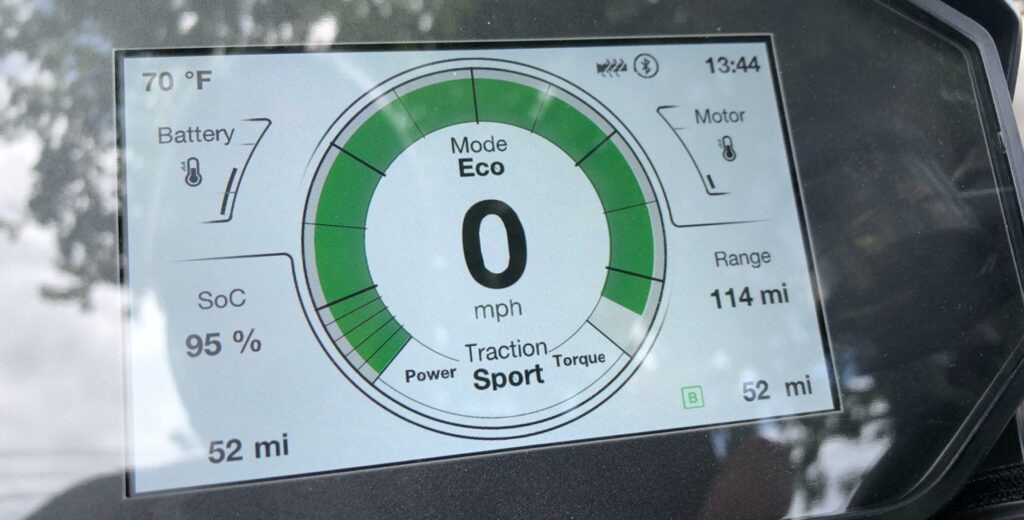 In fairness to Zero, there isn’t much ugly about this bike. But there are aspects that kept me from being excited enough to purchase one: My test-ride of the Zero SR/F did reinforce something that I have long believed: Electric motorcycles will be a vital part of motorcycling’s future. It’s great to see multiple manufacturers bringing new electrics to market, and seeing our favorite brands reinventing themselves around electric technology. There are still many years of hard work ahead before electric bikes ascend to a primary role in the global m/c market, but it’ll happen.

In the meantime, Zero earned my respect for building a nice bike, and I’ll gladly recommend that every rider give it a spin. It’ll be a fantastic solution for many riders out there. It’s not for me… yet, but I’ll be watching closely as new models roll out from Zero Motorcycles.