The Distinguished Gentleman’s Ride is a global-scale charity motorcycle ride that takes place around the world each September. Benefiting men’s mental health and prostate cancer research, it involves over 112,000 riders in 600 cities and 92 countries. The ride raises about $6,000,000 for important charities.

Global scale isn’t the only unique thing about “DGR.” It calls for people with classic- and vintage-style motorcycles to dress up on ride day, and parade through their city in high fashion. They’re very serious about the spirit of the ride, and have requirements of bikes and clothes in the DGR style guide. This was all apparently inspired by a photo of Mad Men’s dapper Don Draper on a Matchless. That’s a bar exactly none of us will meet! 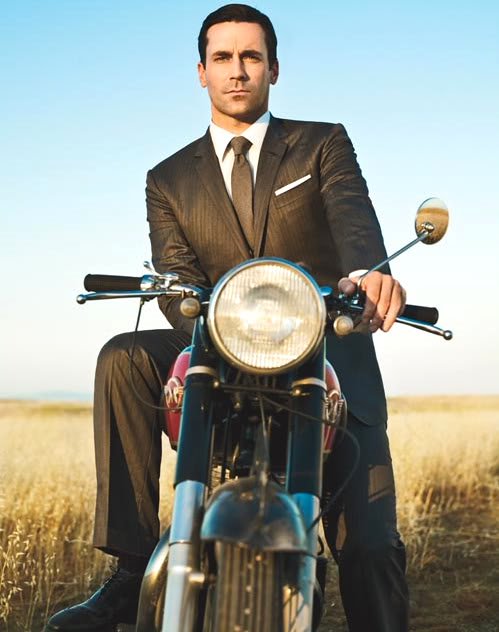 At the invitation of a friend, I joined this year’s Seattle ride. My experience hosting the Tulip Ride each April makes me keenly aware of how hard it is to put on a ride like this, and it was exceptionally well-done. It started out at The Wick Moto Café on Queen Anne. 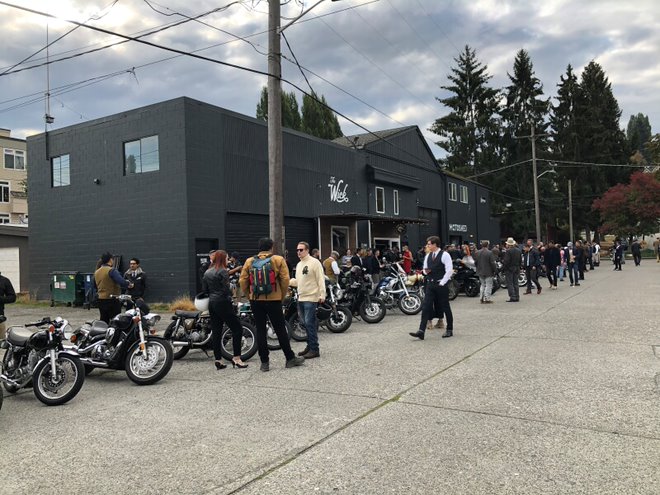 It was a slow ride through Seattle, winding around some of the coolest neighborhoods. The planners did a great job of having directions posted, and well-marked ride coordinators on hand. The exact route isn’t made public for safety concerns, but we got to see Greenlake, Lake Washington via Madrona and Leschi. By far my favorite part was riding through the Seattle Arboretum. If you’ve never ridden through on a crisp fall day, it’s about as good as city riding gets. The finish point was The Shop in Seattle, a moto-culture club/restaurant/garage. A fun band called Butt Dial played, beer was drunk, bikes were gawked at, and awards given out for categories riders and rides. We stayed dry right up until the very end, and Mother Nature took over with good ol’ Seattle rain. The real point of the day, in cities all around the world, is raising funds for these important causes. Between the north and south Seattle rides, today brought over 400 registered riders (250 probably turned up) and raised over $35,000. That contributes toward a worldwide event total of over $5.6 million in 2018, and it’s still climbing as cities in remaining time zones wrap up.

For me, the most meaningful people of the 2018 DGR aren’t necessarily riders at all. They’re my friends who took time out of their busy schedule, and funds out of their personal or family budgets, to sponsor me with a donation. With their help, I landed in the top fundraising spot for Seattle.

I can never say thank you enough when friends join me supporting a worthwhile cause. I’ll try anyway. THANK YOU to…

Without generous friends, the impact of these events would be only a tiny fraction of what we saw today. Thank you again to these sponsors and to all of the volunteers who make DGR a success.

I’ll be back next year, as it’s nice to join a charity ride without having to do all of the planning. Today, I was just along for the ride, figuratively and literally. Next stop, the Tulip Ride in April!